Winnsboro Center for the Arts hosts a variety of literary events each year including our Festival of Books, Author Signings, Poetry Readings and Guest Speakers. 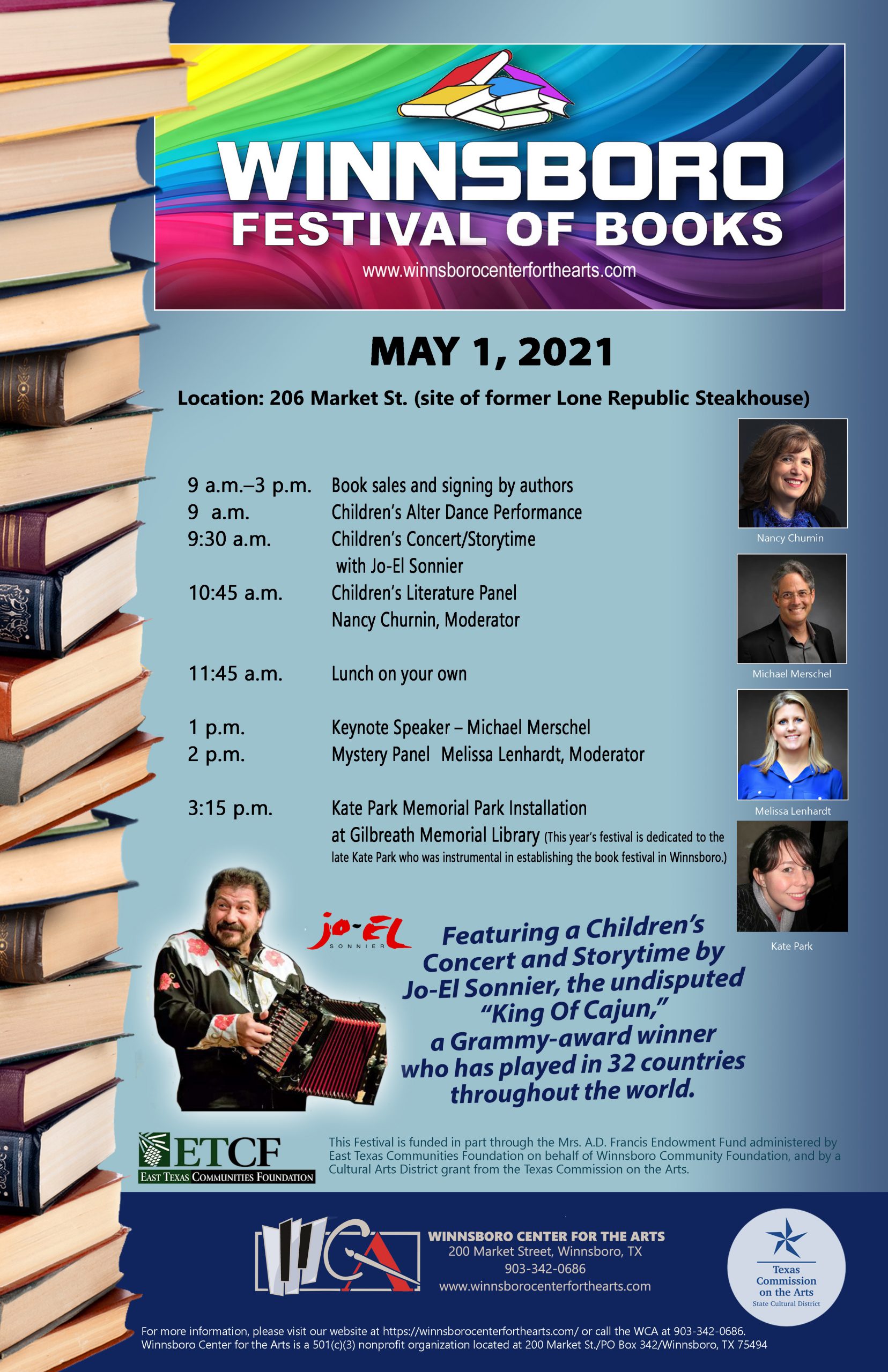 This year’s festival was dedicated to the former Kate Park, a native of Winnsboro whose love of reading combined with her business acumen led to a successful career in the Dallas-Ft. Worth Metroplex. Never forgetting her small-town roots and always eager to give back, she encouraged and guided us in the organization of our first Festival of Books here in Winnsboro in 2018. We were very fortunate to have such an outstanding group of speakers and panelists, many of whom were close friends of Kate’s. Please take a look at their bios below. 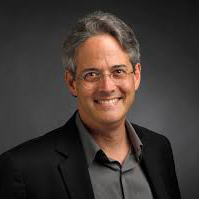 Michael Merschel is an editor with extensive narrative, lifestyles and breaking-news experience; writer who has provided columns, reviews and author interviews ranging from Khaled Hosseini to Colleen Hoover to William Shatner; freelance humorist who has contributed to “A Prairie Home Companion” and Dallas’ Ground Zero Theater Company. His out-of-office reply ended up in “The New York Times” and on NPR, and his award-winning middle-grade novel, “Revenge of the Star Survivors,” was published in 2017. 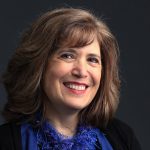 Mary Brooke Casad has written a series of books about an armadillo named Bluebonnet, detailing Bluebonnet’s travels around Texas.

A native of Louisiana and graduate of University High School on the LSU campus, Casad received a bachelor’s degree in journalism from Southern Methodist University in Dallas, and also studied at Harlaxton College in Grantham, England. She spent her childhood summers in the Texas Hill Country at Camp Waldemar, where she was first introduced to armadillos! She edited a history of the 75-year-old camp: The Waldemar Story – Camping in the Texas Hill Country. Casad was invited by First Lady Laura Bush to be a featured Texas writer at the Texas Book Festival in Austin in 1997 and 2000. She is a member of the Writers’ League of Texas, the Texas State Historical Association and the Daughters of the Republic of Texas.  She is also a member of Chapter AB of P.E.O. and Kappa Kappa Gamma. 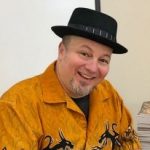 Michael Anthony Steele has been in the entertainment industry for more than twenty-seven years. For the past twenty-four years, Mr. Steele has written exclusively for family entertainment. For television and video, he began as a staff writer for Wishbone on PBS. Later, he wrote twenty-five episodes for Barney & Friends, was the contributing writer on fifteen Barney videos, and wrote four videos for Boz, the Green Bear Next Door.Mr. Steele has authored more than one hundred and twenty books for various characters and brands including: Batman, Wonder Woman, Superman, Scooby-Doo, Shrek, LEGO City, Spider-Man, Word Girl, Garfield, Night at the Museum, andThe Penguins of Madagascar.

For the past twelve years, Mr. Steele has visited schools and libraries across the country. His exciting author visits include audiovisual elements that show writing tricks and techniques, explain behind-the-scenes action from his days of working in the movies, and incorporate music and storytelling. The theme of his presentations is how each of the students can achieve their dreams if they keep telling themselves the four simple words that he uses, “I Can Do That!” 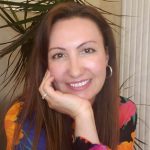 Rosie J. Pova is a multi-published, award-winning children’s author, poet, speaker, and writing coach on a mission to inspire children not only to read and write more, but to use their creativity, follow their passions, dream big and believe in themselves. She is also a Writing Instructor for the Dallas Independent School District through The Writer’s Garret, an instructor with Writing Workshops Dallas, teaching picture book courses to children’s writers, and the founder of two children’s writing contests ― KWEST and Haiku Hype ― as well as the organizer of The Write Universe Kidlit Writers Workshops in Dallas, TX. She also serves as a judge for Rate Your Story.

Rosie visits schools and shares her inspirational journey as an immigrant from Bulgaria and how she became a published author, encouraging kids to persist, push through obstacles, and hold a high vision of themselves.She also speaks on many women’s topics and has appeared on radio and print media.

Melissa Lenhardt is a women’s fiction, mystery, and historical fiction author. Her debut mystery, STILLWATER, was a finalist for the 2014 Whidbey Writers’ MFA Alumni Emerging Writers Contest, and SAWBONES, her historical fiction debut, was hailed as a “thoroughly original, smart and satisfying hybrid, perhaps a new sub-genre: the feminist Western” by Lone Star Literary Life. The New York Times called her sixth novel, HERESY, “An all-out women-driven, queer, transgender, multiracial takeover of the Old West”. THE SECRET OF YOU AND ME, her seventh novel and her first contemporary women’s fiction novel, will be published on August 4, 2020. When Melissa isn’t writing, she’s thinking, “I really should be writing” and eating Nutella or peanut butter straight out of the jar. She enjoys reading, watching British detective shows, hiking, photography, traveling, searching for the diviest dive bar in Dallas with her husband and friends, eating ice cream, drinking ice cold beer on a hot day, and taking naps. She lives in Texas. 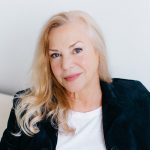 Kathleen Kent is a New York Times bestselling author and a two-time Edgar Award Nominee for her contemporary crime novels, The Dime and The Burn. The Washington Post writes of the series, “Raymond Chandler praised Dashiell Hammett for taking crime fiction out of the drawing room and into the streets.  With Betty Rhyzyk, Kathleen Kent brings those mean streets to life as excitingly as anybody has in years.”  The third Det. Betty book, titled The Pledge, will be released Nov. 2021. Ms. Kent is also the author of three award-winning historical novels, The Heretic’s Daughter, The Traitor’s Wife, and The Outcasts.  She has written short stories and essays for D Magazine, Texas Monthly and LitHub, and has been published in the crime anthology Dallas Noir.   In March 2020 she was inducted into the Texas Institute of Letters for her contribution to Texas literature. 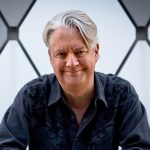 Harry Hunsicker is the former executive vice president of the Mystery Writers of America and the author of eight crime thrillers and numerous short stories. His work has been short-listed for both the Shamus and Thriller Awards, and in 2019 he served as Toastmaster for Bouchercon, the world mystery conference. Hunsicker lives in Dallas with his wife Alison, an attorney. 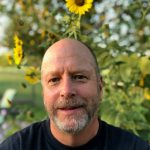 John Bartell is an east coast transplant trying to make it in Texas, drinking Shiner beer and enjoying the Austin music scene, though he hasn’t taken to wearing cowboy boots. His poetry has been published in Canyon Voices, The Loch Raven Review and The Orchards Poetry Review. He also has prose in the Manhattanville Review, Sanitarium Magazine, Flash Fiction Press, Trembling with Fear 2019 Halloween Edition and in A. Lee Martinez’s Strange Afterlives Anthology. 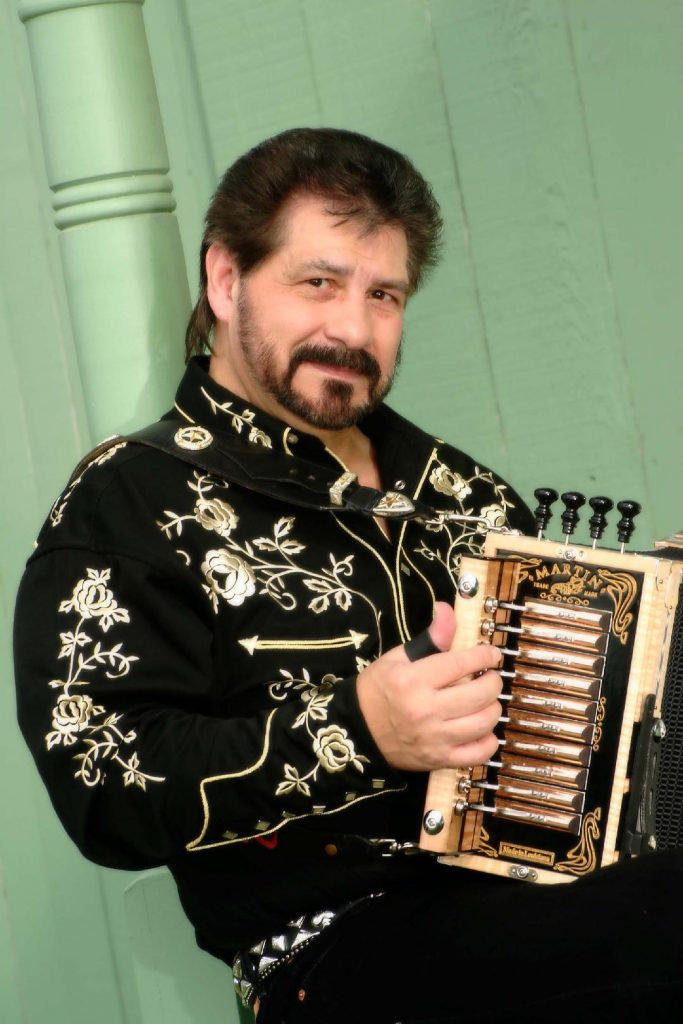 Jo-El Sonnier, noted storyteller and a Grammy award-winning songwriter, has toured extensively, having performed in 32 countries and all 50 states. The sounds of his accordion can be heard on the albums of such greats as Alan Jackson, Neil Diamond, Johnny Cash, Sammy Kershaw , The Indigo Girls, Mark Knopfler, Dolly Parton, Hank Williams Jr. ,Robert Cray and Leftover Salmon  among others. Jo-El is a very accomplished and versatile musician; in addition to his virtuosity as an accordion player he also plays bass guitar, acoustic guitar, drums and harmonica.

Sonnier has spent his life dealing with the day-to-day struggles of living with a form of Autism known as Asperger’s Syndrome. It was not until he was a grown man that he was given the diagnosis which brought peace to him and finally gave him the answers to why he was always so different from others and why music was his entire world. “Once I had the answers, I decided that it was not a disability, it’s what really gave me the ability to focus on my music when I didn’t fit into the rest of the world around me. It hasn’t always been easy, and I still struggle with large crowds or new things outside of my normal routine but, with a great family and band and friends who understand me, I am ok with just being me.”

The year 2018 was the beginning of a new era for Jo-EL as he released 2 new children’s books:  There’s a Mouse in my Accordian and The Little Boy Under the Wagon.  The latter is based on his early childhood and growing up different from most children. Jo-El’s hope is that it will encourage children who are different to follow their dreams and to understand that being different is what makes them special. A Cajun cookbook was next on the agenda and was released in the Spring of 2018

Winnsboro Center for the Arts was proud to host the following authors at Winnsboro Festival of Books 2021: