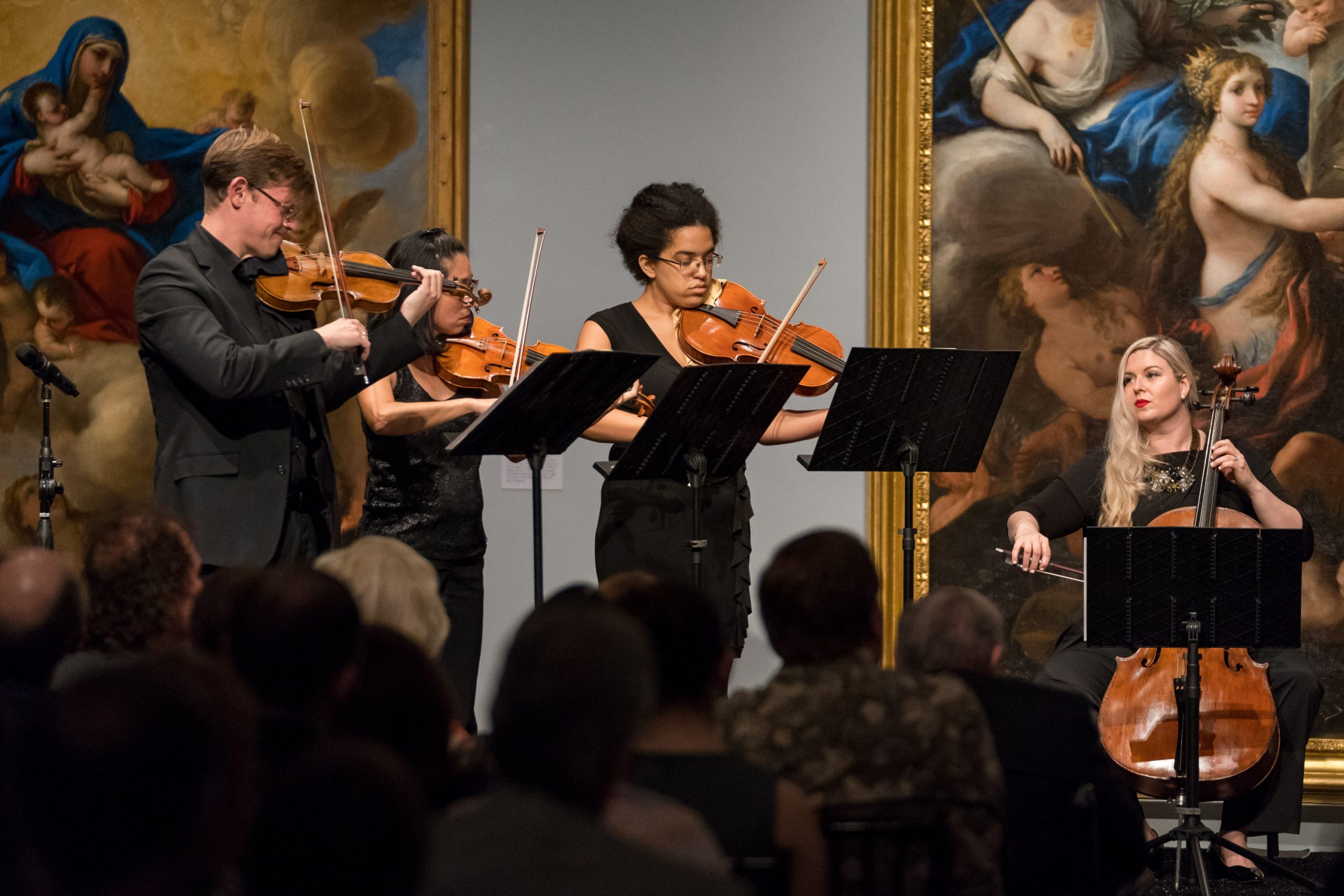 Winnsboro Center for the Arts (WCA) is proud to host a variety of music genres on its stage. From folk to country, from jazz to classical, WCA has a diverse range of concerts and events. First on the Bowery Stage roster this summer is Zac Wilkerson, whose musical style runs the gamut from soul and blues to folk. Wilkerson will perform at 7:30 pm June 25 at 200 Market St. Winnsboro, Texas. Wilkerson is a soul rocker from the country. He has powerful, soulful vocals and a driving guitar style combined with poignant songwriting to deliver a new take on Americana, soul, country, and rock.

Heather Little brings her award-winning song-craft accompanied by her guitar and superb vocals to the Bowery Stage at 7:30 pm July 23. Her songs bleed life, passion, and heartache with seemingly little effort. The listener feels every line.  Little was born in North-Central Texas and grew up around Dallas and Austin and has more recently resided in Lindale, Texas. Little’s acclaimed co-writing credits include the likes of Miranda Lambert, Sunny Sweeney, Travis Meadows, Erin Enderlin, and many more. Little is the co-writer of Gunpowder and Lead and Me and Charlie Talkin, both recorded by Miranda Lambert.

To round out the summer concerts at WCA, Kevin Galloway, former lead of Uncle Lucius, performs with Mark “gumB” Williams on cello at 7:30 pm August 13. Galloway grew up in Big Sandy and Hawkins playing classic country and chasing a career in banking before he moved to Austin in 2002 where he began putting together the band, Uncle Lucius. Rooted in the old-time country, blues, and rock of Texas music, dripping with soul, with a groove that made them sound loose but tight, with a jam band mentality that was always going to endear them to the live crowd, Uncle Lucius was the physical embodiment of the Austin independent music scene. Mark “gum B” Williams self-identifies as “bassist, cellist, and bicycle mechanic in Austin, Texas available for your musical and mechanical needs.”  He will accompany Galloway on cello.

The Sunday Afternoon Classical Series returns to the Bowery Stage with two excellent quartets. The Mercury Chamber Quartet performs at 2:30 pm September 11 and the Axiom String Quartet performs at 2:30 pm October 2 on the Bowery Stage at 200 Market St. Winnsboro, Texas. These concerts are presented as a series so that a ticket purchased will be valid for both Sunday Afternoon Classical Series Concerts. Tickets are on sale now and through July 30. Ticket information for WCA concerts is under the Bowery Stage section of the website at www.winnsborocenterforthearts.com.

Mercury Chamber Quartet will perform Mozart’s Eine Kleine Nachtmusik and other Mozart divertimentos. Mercury is a groundbreaking chamber ensemble that seeks to redefine the orchestra with performances that faithfully present the music of great composers in settings that make audience members an equal part of the experience—not simply a spectator. The quartet was started by four friends in 2000 from Houston. Since then, they have expanded their repertoire to include works outside the Baroque period. Mercury continues to receive critical and audience acclaim for innovative and welcoming performances, while also impacting the youth of Houston, Texas through award-winning music education programs.

The Axiom String Quartet will play a collection of classical tunes that have peasant or rural undertones. The players of Axiom have decades of combined experience performing internationally as soloists, chamber musicians, and in orchestral performances. The quartet serves as outreach ambassador for Chamber Music Houston, performs with the nationally recognized “Harmony in the Air” program, presents weekly concerts at Houston’s George Bush Intercontinental Airport, and has impressive international touring experience. They recently released their first album, Axioms – Moments of Truth, which was a commercial success and sold out within 24 hours of being released on Amazon.

Musicians of all genres and levels of experience are welcome to play at WCA’s Open Mic Night which is held the second Thursday of the month from 6 – 8 pm at 200 Market St. Open Mic Night is an excellent opportunity for musicians of all levels to perform for an audience and meet other supportive musicians with similar interests. It is free for musicians and attendees and is a wonderful Thursday night out with friends.

WCA also offers private music lessons in piano, flute, saxophone, clarinet, guitar, percussion, and voice for children, teens, and adults. Lessons are $25 per half hour and students work towards performing two recitals a year for friends, family, and the community. Call (903)342-0686 to schedule a free consultation and first lesson with an instructor.

The Bowery Stage is a small, intimate listening room that has seen some very big names including Michael Martin Murphy, Máiréad Nesbitt, Peter Yarrow, Judy Collins, John McEuen, Martin Sexton, The Kingston Trio, and many more. WCA prides itself on its robust musical offerings. Whether it’s concerts, Open Mic Night, or private music lessons, WCA has music programming for everyone. 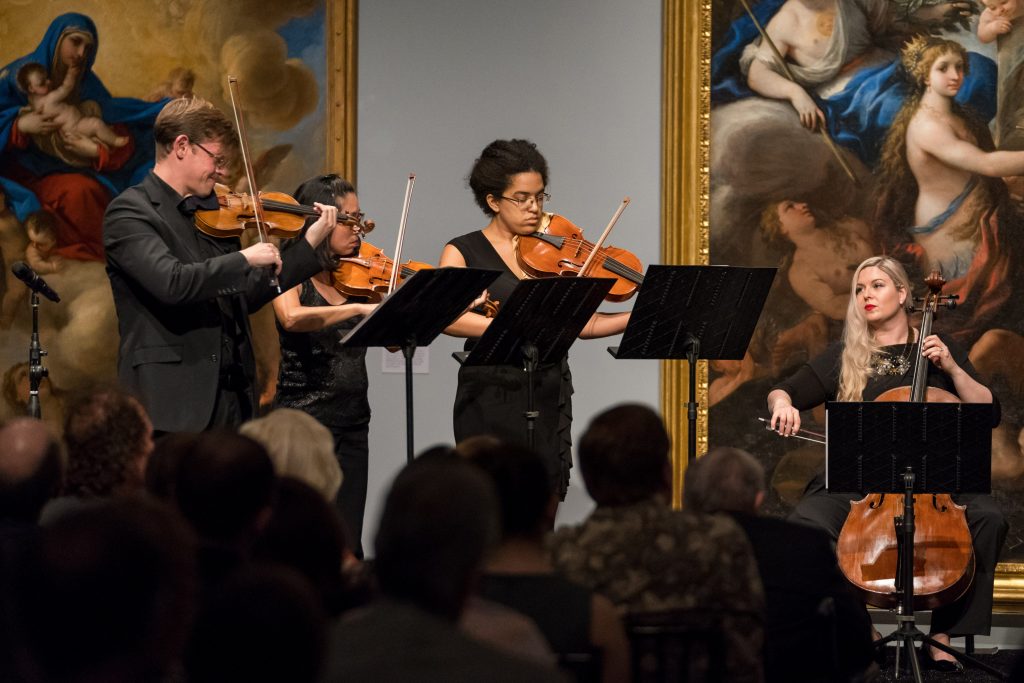 WCA to host Renaissance Under the Stars Gala on April 2nd

Enjoy the Changing Season at Winnsboro Center for the Arts

WCA Alive With Sound and Color in Summer 2021!