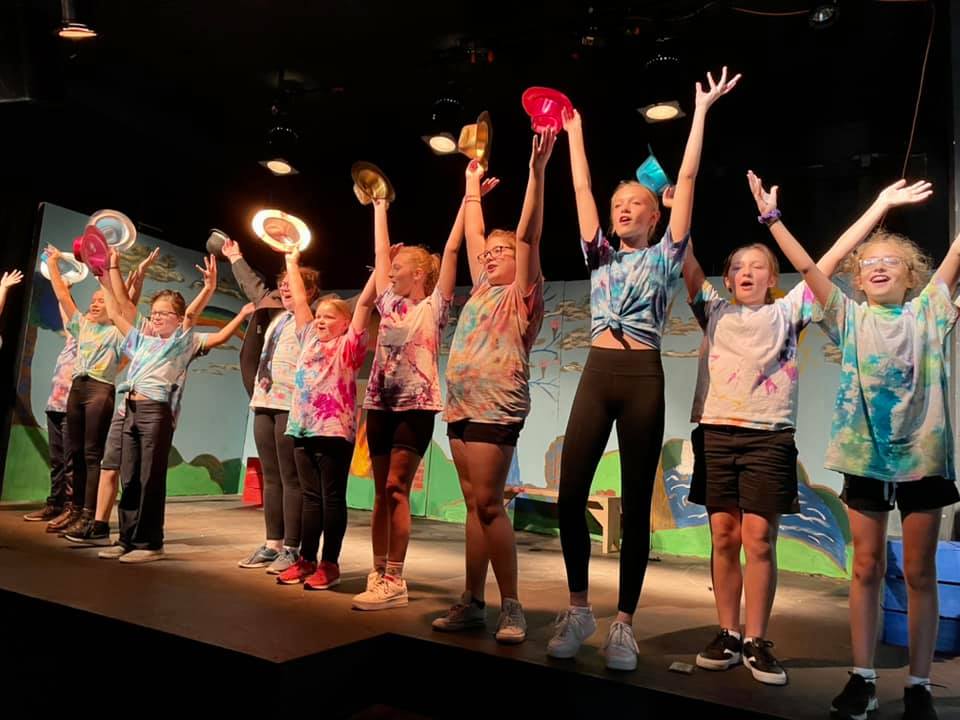 One definition of the word “renaissance” is “a revival of or renewed interest in something,” and that is the definition that comes to mind when thinking about the many transformations happening at Winnsboro Center for the Arts (WCA).To begin with, downtown Winnsboro has been transitioning through a revitalization of its physical landscape. For those of you who have visited Market Street this summer you might have noticed that Market Street is now permanently closed to vehicles, and builders have been tirelessly working to bring forth new fixtures, benches, trees, and more. For those worried about parking, there is always plenty of parking at Winnsboro Depot across the street. This new pedestrian walkway on Market Street is sure to bring a revitalized and renewed interest in the arts district of Winnsboro.

Speaking of renaissances, we are thrilled to announce that tickets are now on sale for Renaissance Under the Stars on September 25th at Winnsboro Civic Center. WCA is celebrating its 20th anniversary this year! The funds raised at this annual gala will go towards supporting the new performing arts center at 206 Market Street, which will be another fabulous addition to our Market Street rebirth. The new performing arts center will be a venue for a myriad of community events, from theater productions and concerts to summer camps and weddings.

We encourage attendees of Renaissance Under the Stars to wear Renaissance era attire as they enjoy the outdoor market and garden where there will be a marketplace and live entertainment. Continue the fun indoors for dinner, a live auction, and featured entertainment by Máiréad Nesbitt, former fiddler of Celtic Woman. For more information about the schedule of events and tickets please visit www.RenaissanceUndertheStars.com.

We are so proud to witness some other types of transformations this summer as well. We had four art camps and two theater camps at WCA with a total of 73 children participating this summer. The arts provide such amazing opportunities for creative, social, and emotional development and we have been so impressed with our campers’ creativity and growth!

The summer began with a two-week theater improv camp and a series of art camps for various age ranges. It ended with a bang as the campers from the two-week musical theater camp performed “Don’t Count Your Chickens Until They Cry Wolf” on the Bowery Stage on July 29 and 30. It was a joy to watch shy campers come out of their shells, find their voice, and practice valuable communication skills at the theater improv camp. Campers of all ages practiced problem-solving, creative expression, and learned about new art mediums at the art camps. Their smiling faces said it all at the art shows at the end of the week where they could display their newly acquired skills for their friends and family. Participants in the musical theater camp learned their acting parts, sang, danced, painted their own backdrop, and created their own costumes. You could say they learned how to truly be the “renaissance man or woman.” We hope to see everyone back for fall, spring, and next summers’ programming at WCA!

Adults, if you’re feeling inspired by all this creativity, then we have several workshops to renew your interest in the arts in August. There will be a tie-dye workshop on August 13th, a basket weaving workshop on August 14th, and a summertime no-sew ornament workshop on August 21st. We have ongoing painting classes every Tuesday evening and Thursday morning/afternoon. Private music lessons for piano, guitar, voice, woodwinds, and percussion are offered at WCA for folks of all ages.

The Bowery Stage seems to also be going through its own renaissance of sorts. Beat Root Revival will play the Bowery Stage on August 21st at 7:30 pm. For more information about tickets please visit our website at www.winnsborocenterforthearts.com. The Sunday Afternoon Classical Series has been reborn with The C&C Show with Mary Dibbern on September 12th and Miguel Antonio with Marcelo Berestovoy on November 28th. After more than a year of pandemic, these concerts are sure to be a breath of new life at WCA!

Ray-Mel Cornelius Exhibits at Winnsboro Center for the Arts

WCA to host Renaissance Under the Stars Gala on April 2nd

Winnsboro Center for the Arts Alive With Music